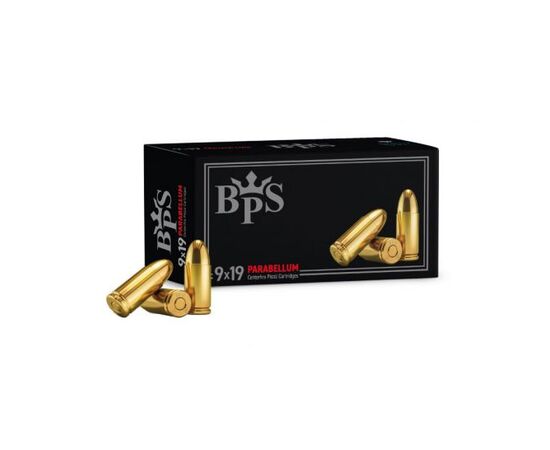 The ammo is brass-cased, boxer-primed, and reloadable with a 124-grain FMJ bullet.

BPS Balıkesir Explosives Industry and Trade Inc. (BPS A.S.) was established in 2014 by Mehmet Akif Yavaşca and Müşteba Yavaşca to produce high-quality small arms ammunition in Turkey. In 2015, Sarsilmaz Ammunition Inc. of the Sarsilmaz Group, an estimable, small arms producer in Turkey and Europe, joined in the BPS A.S. as a partner and increased its power. The company operates in Yenikoy/Balikesir, with its own production and storage facilities on a closed area of 5,000 m2 on 273,000 m2 of land, completely covering the legal safety distance limits.

1000 rounds of ammunition per box.